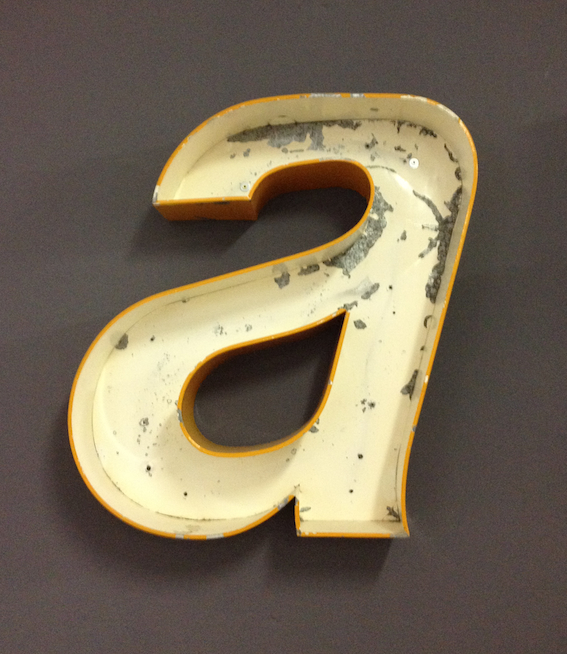 On my recent visit to Italy (where I was teaching a linocut and letterpress workshop) I visited the studio of Veronica Bassini in Bologna. Anonima Impressori is tucked away down a quiet street to the west of the city and is full of drawers of type and printing presses rescued from typography studios all over […]

Linocut and letterpress residency in Italy

Print drying rack for my studio.

Last week I bought a print drying rack for my studio in Margate. As far as printmaking equipment goes, this is one of the most useful things you can get and I’m not sure how I’ve managed so long without one! When I was printing an edition before, my studio would quickly be covered with […]

It’s a very short clip but if you stay alert you will spot me inking up my Crazy Horse linocut in my Margate studio. A film crew from Sky Arts interviewed me a couple of weeks ago but obviously decided I had nothing interesting to say (fair enough, really)! There are some nice shots of […]

I’m in the early stages of setting up my own printmaking studio in Margate, my new home. It’s a great little town by the sea on the North Kent coast and I think it will be perfect for running printmaking workshops, both for the locals and for visitors (I’m thinking week-long courses in the summer). […]

I’ve had an overwhelming response from Saturday’s Guardian feature. I had around 2500 pageviews over the weekend – not bad for such a niche blog! I’ve also had lots of interest in workshops. Please do get in touch if you are interested in learning linocut or developing your skills. All workshops will take place in […]

Here are some pics of my lovely new studio in Margate. It is the first time I have had a space all to myself and it is LOVELY! I shall be making lots of linocuts here as well as continuing my illustration work (I’m currently doing some drawings for the new Frankie Boyle book). The […]