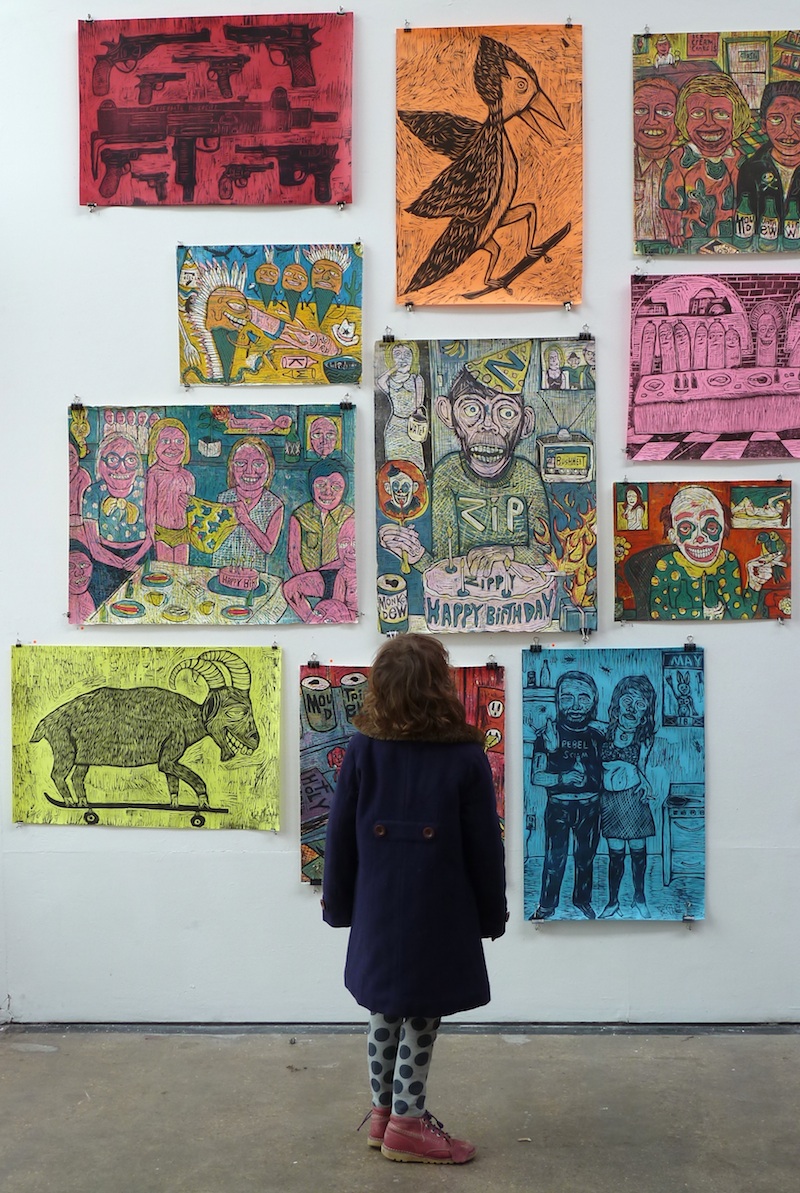 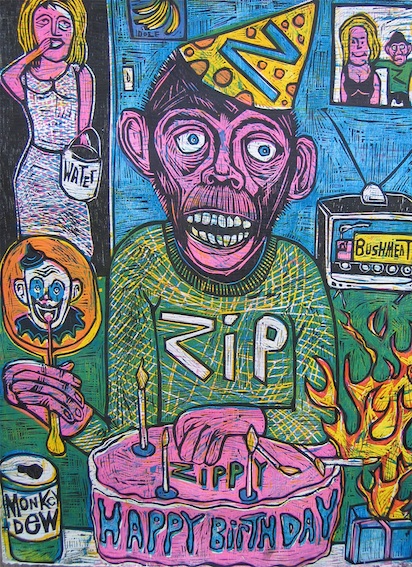 Half Cut – exhibition of linocuts and woodcuts

The little exhibition of linocuts I curated at Material in London ends on Friday, so hurry down there if you want to see it! As well as my work there are linocuts by Bill Fick, Wuon Gean Ho, Mark Andrew Webber, Scott Minzy and Carsten Nicolaus. A selection of prints in the exhibition As well […]

I’ve been on tv again! Not sure how this keeps happening. I was interviewed by inqb8r a couple of weeks ago when I did my Linocutboy pop-up shop for Jotta Live in London. Inqb8r is a multimedia production company that distributes content to university and student accommodation around the UK. So instead of watching Countdown, those lucky students […]

I currently have 182 followers (thank you all!) To reach the nice round number of 200 would be lovely so as an extra incentive I am giving you a chance to win an original, signed linocut by my very own hand. All you have to do to win is follow my blog and then add […]

BIG ASS Linocuts and Linomations is an exhibition of large-scale prints and animation which I have curated. In October 2011 it was exhibited at the Pie Factory in Margate as part of Pushing Print festival and now it is coming to High Roller Society in London. The exhibition features some of my favourite linocut artists […]

ABC with Pinocchio I’ve just finished my latest artist’s book and it’s currently on show/for sale on the KALEID editions stall at the London Art Book Fair at the Whitechapel Gallery. It’s called ABC with Pinocchio and features the little puppet making the shapes of the alphabet. After a while he starts to forget his […]