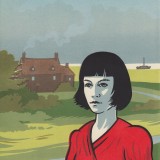 I did a linocut illustration for the cover of a new book last year: The Villa Rouge, by Maggie Ross. Illustrating book covers is my favourite kind of commission and I have done quite a few now.

Of all the linocuts I have made this was the most complex, in terms of the number of blocks used and the layering of colours. I think there were six blocks and nine colours.

MacLehose Press wanted a cover illustration which brought together several elements of the book, including the main character, the house of the title and spitfires to set the date. It was to be set at night-time, with the beams of searchlights illuminating the sky.

Here is my first rough (for those not familiar with the term, this is a quick sketch design to determine the layout, colours etc and usually goes through several stages). It was created with photoshop, using flat areas of colour to make it easier to turn into a linocut. 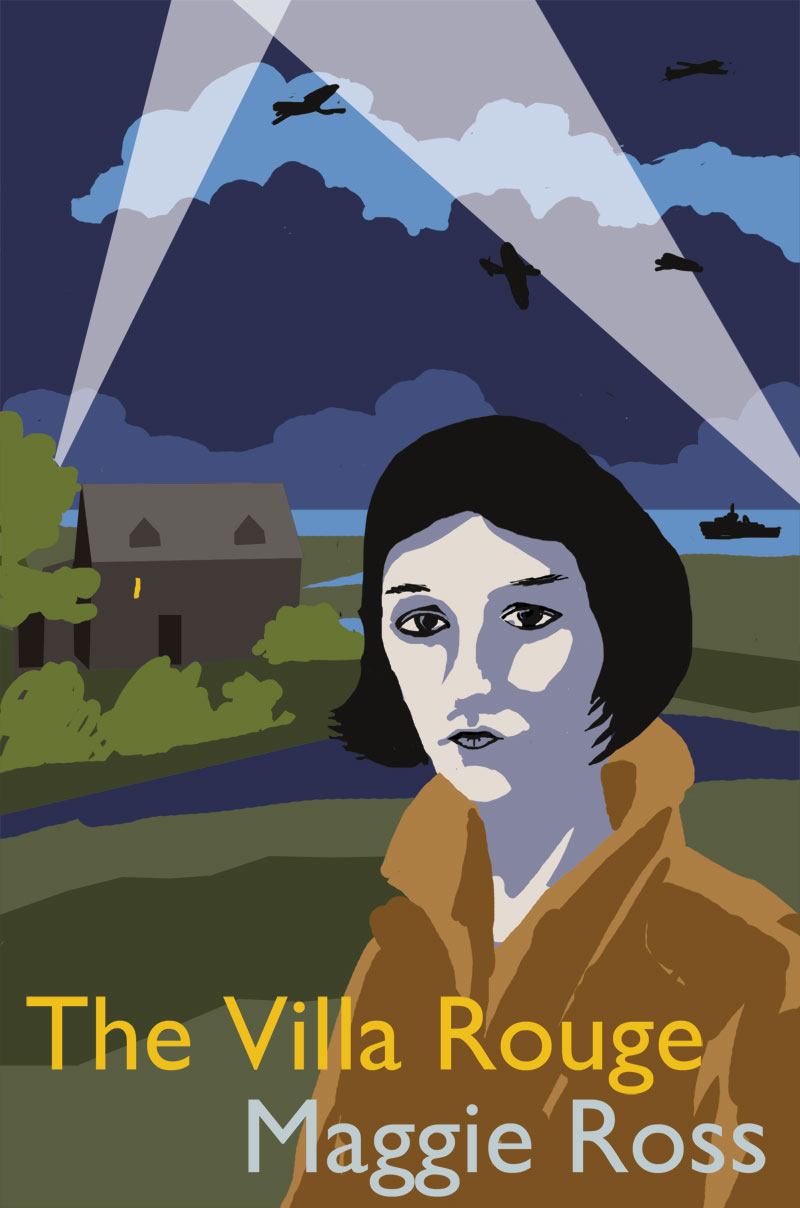 The publishers liked the layout but at this point decided to make it daytime, and wanted the figure to look less terrifying! I was able to change the colours of the clouds quite easily and at this point I also worked up the middle ground to look more interesting and convincing. 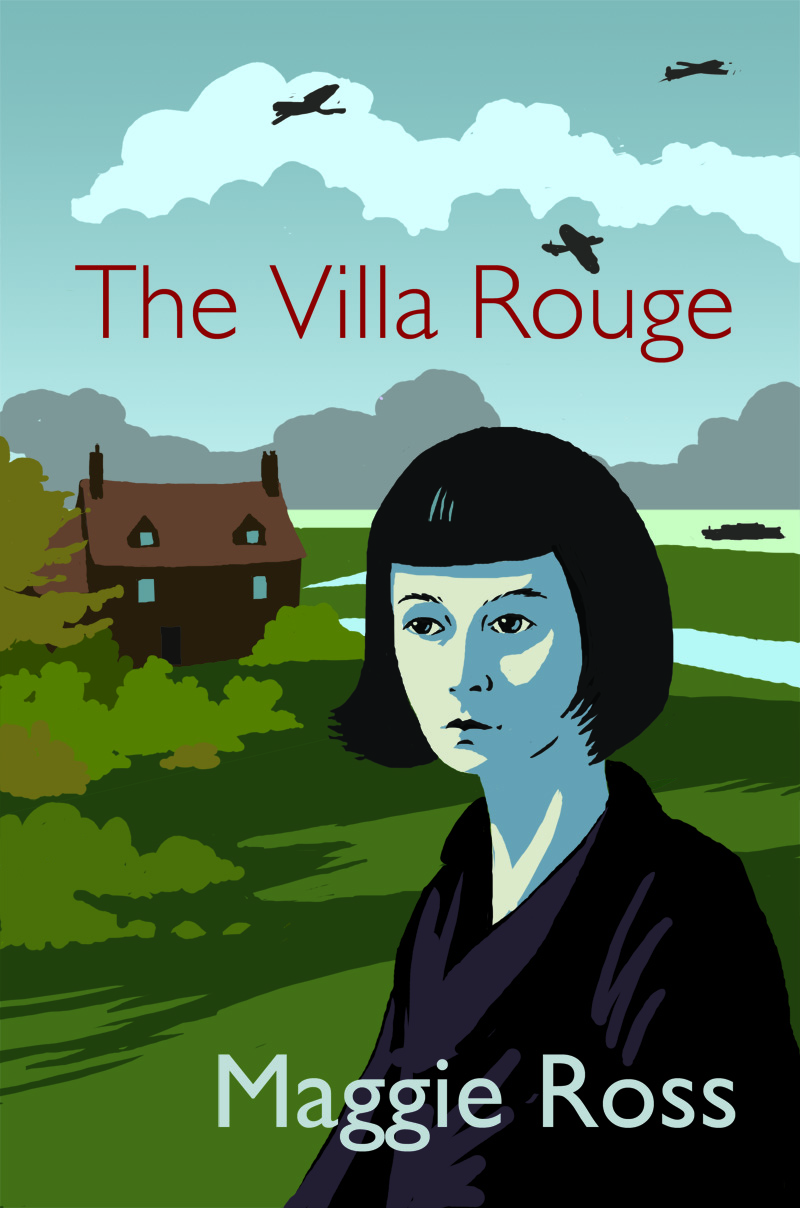 After a bit more tweaking and a last-minute decision to go for a red dress and add some lipstick the final rough looked like this: 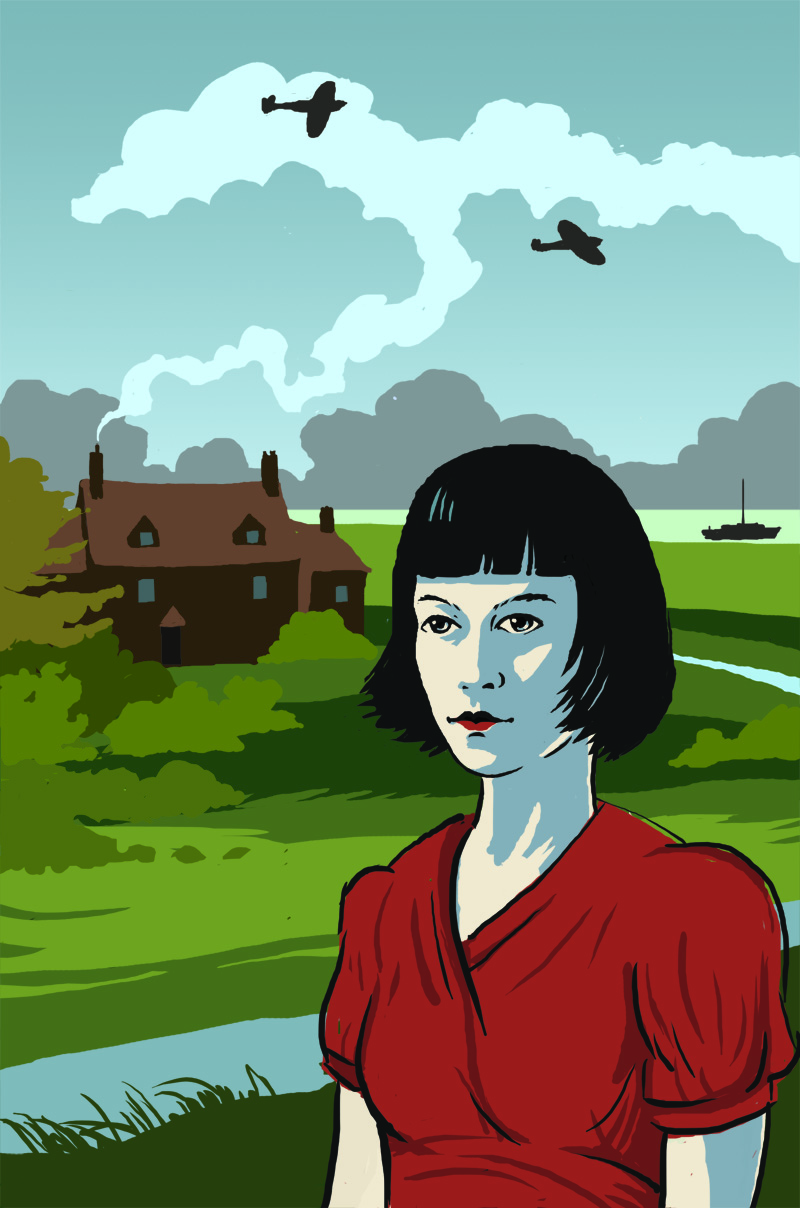 With the design finalised I started carving the lino. In order to get one good final print I started off with about twenty sheets of paper, allowing for variations in colour and mistakes along the way. Getting the tone and hue of the background blue (the first block) was crucial as this not only made up the sky, but the shadows across the whole print. I decided to add a subtle colour blend to the top to give some depth. 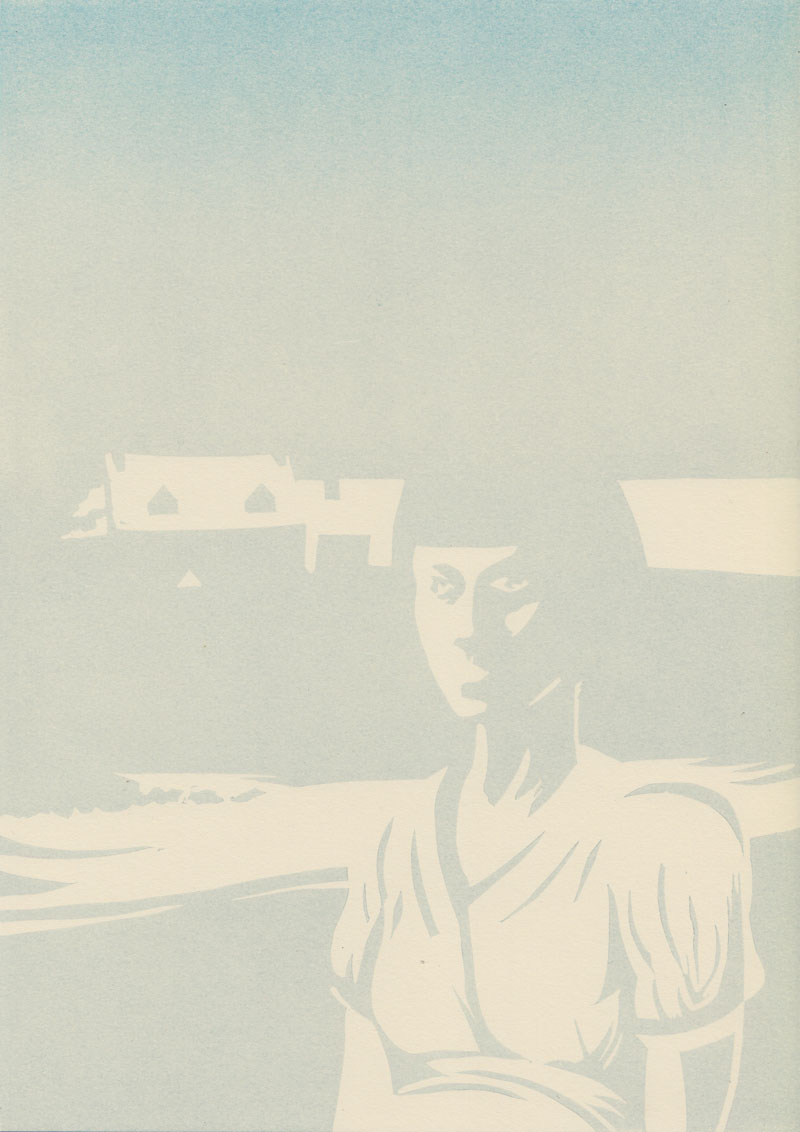 A light but vibrant green was added next, followed by the brown house, red dress and the boat in the background. Notice how the darker shades of each colour are created where the overlap the blue block. 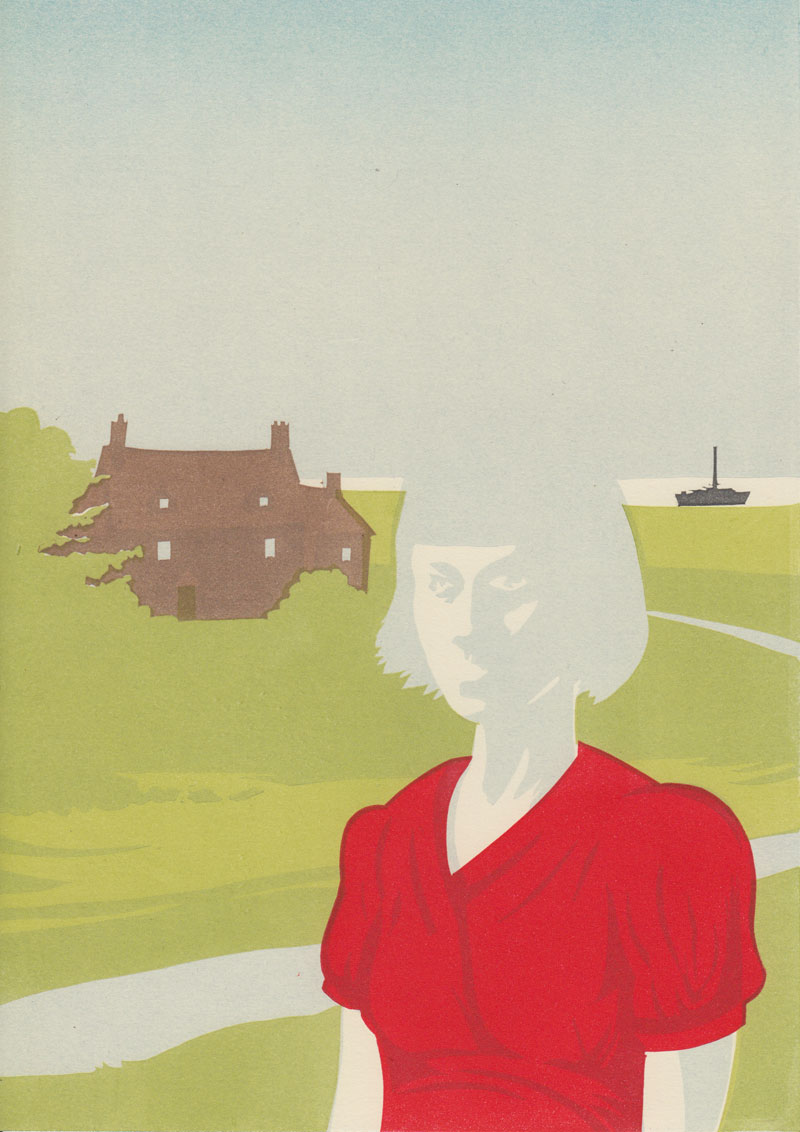 A second, darker green was added next, along with white to suggest smoke from the chimney and clouds. 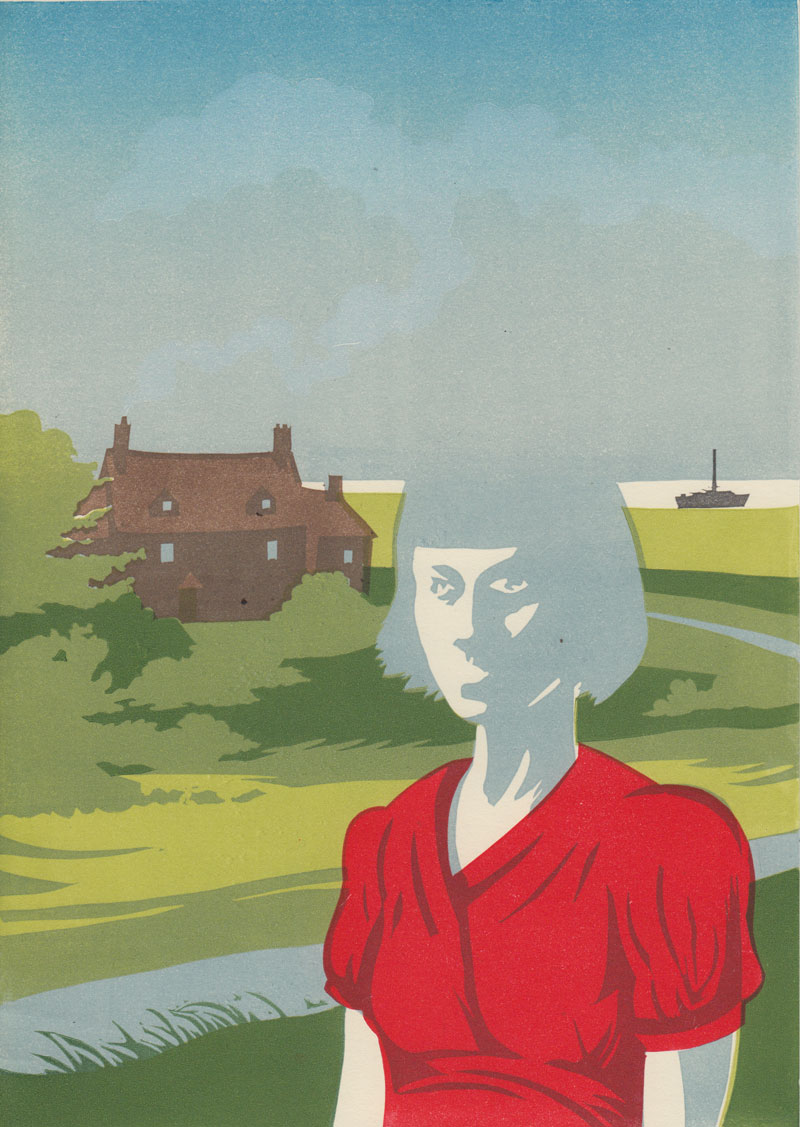 Finally, a third shade of green and the black to make up the outline of the figure and the hair. This was the most nerve-wracking stage and any mistakes at this point would have meant starting over. It probably took two long days of carving and printing to get to this point. 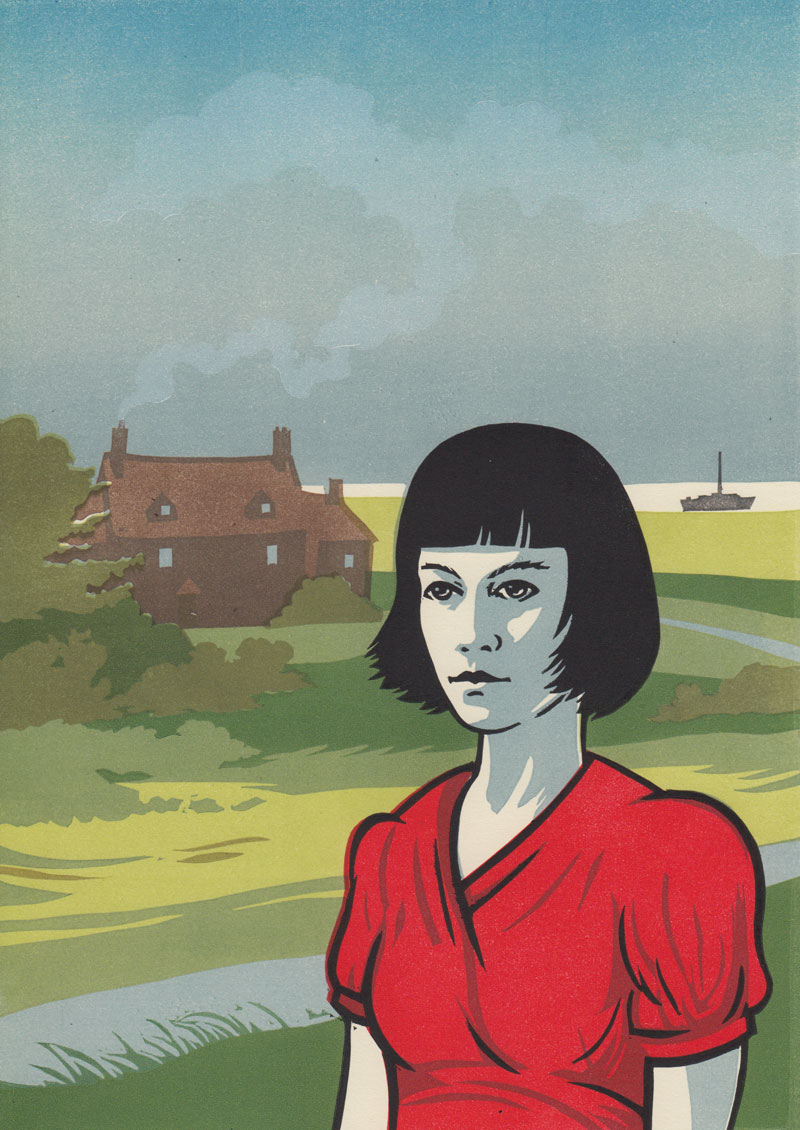 Once the print was dry I scanned it and added the lipstick and spitfires in photoshop and cleaned up some of the scruffy bits, without making it too tidy. The title and author’s name was added by someone else and hey presto! 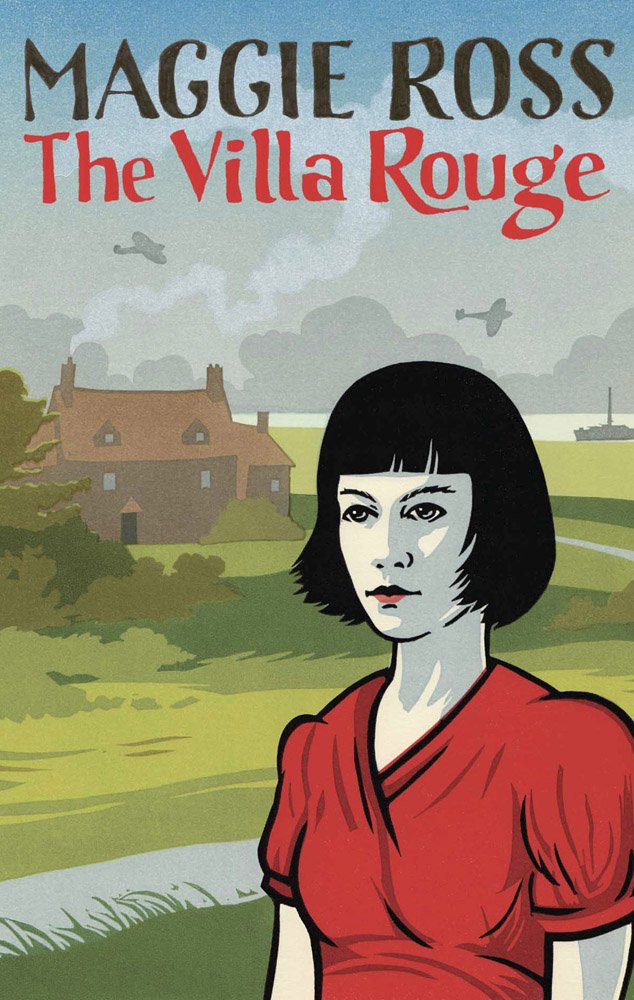