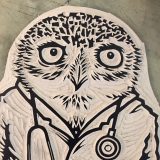 I just got back from Italy where I was making an artist’s book printed with linocut and letterpress. The book is part of a project called Vacuum Editions by Opificio della Rosa and is led by Umberto Giovannini. Vacuum Editions is an ongoing series featuring different artists, who come to Opificio della Rosa to illustrate an artist’s book based containing a short text. The book text is printed using traditional letterpress (movable type) and the illustration in the chosen medium of the artist. In my case this was linocut, which was hand coloured. Each artist’s book is printed in an edition of 100, then folded and sewn. Finally the book is vacuum packed in a plastic sleeve, hence the name Vacuum Editions. 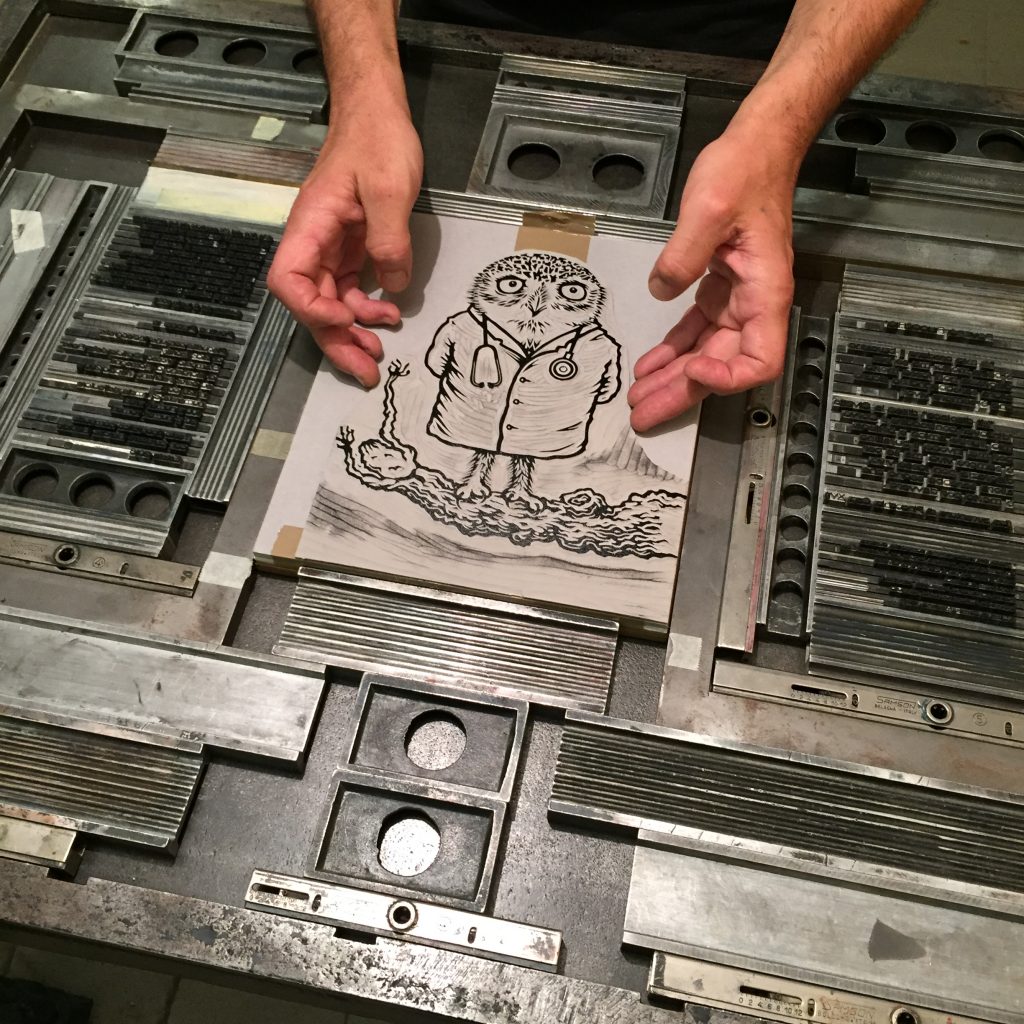 For my artist’s book we chose to use a text from Pinocchio by Carlo Collodi. Pinocchio is known to many outside Italy through the Disney animation and through children’s books which have been rewritten in shorter and simpler versions. The original text, however, is a classic of Italian literature, with only two other books printed in a larger number. It is considered a masterpiece full of allegory, satire and morality and is studied in theology alongside the bible. The original story was written as a serial for the Giornale per i Bambini and Collodi killed off his creation at the end of the series. He was persuaded to continue writing, however, and the complete tale was published as a novel in 1883.

The chosen text for my artist’s book comes from the start of the second part, where Pinocchio comes back to life, after being examined by three doctors: an owl, a crow and a talking cricket. The owl and crow give convoluted and meaningless diagnoses, which are in turn ridiculed by the talking cricket who then declares that he knows the patient and that he is a rogue. Pinocchio wakes up and is wracked with guilt. For my illustration I chose the character of the owl (civetta in Italian is a little owl) who is dressed in the contemporary, cliched doctors uniform of a white coat and a stethoscope. I placed the owl on the branch of the oak tree from which Pinocchio was strung up to tie and this evolved into the final version with Pinocchio’s tortured features emerging from the wood.

Below are some images of the process of making the book, and some of the finished work. I want to thank Umberto Giovannini for inviting me to make the book and for hosting me at Opificio della Rosa while we printed it.

The book is available to buy from my BigCartel shop. 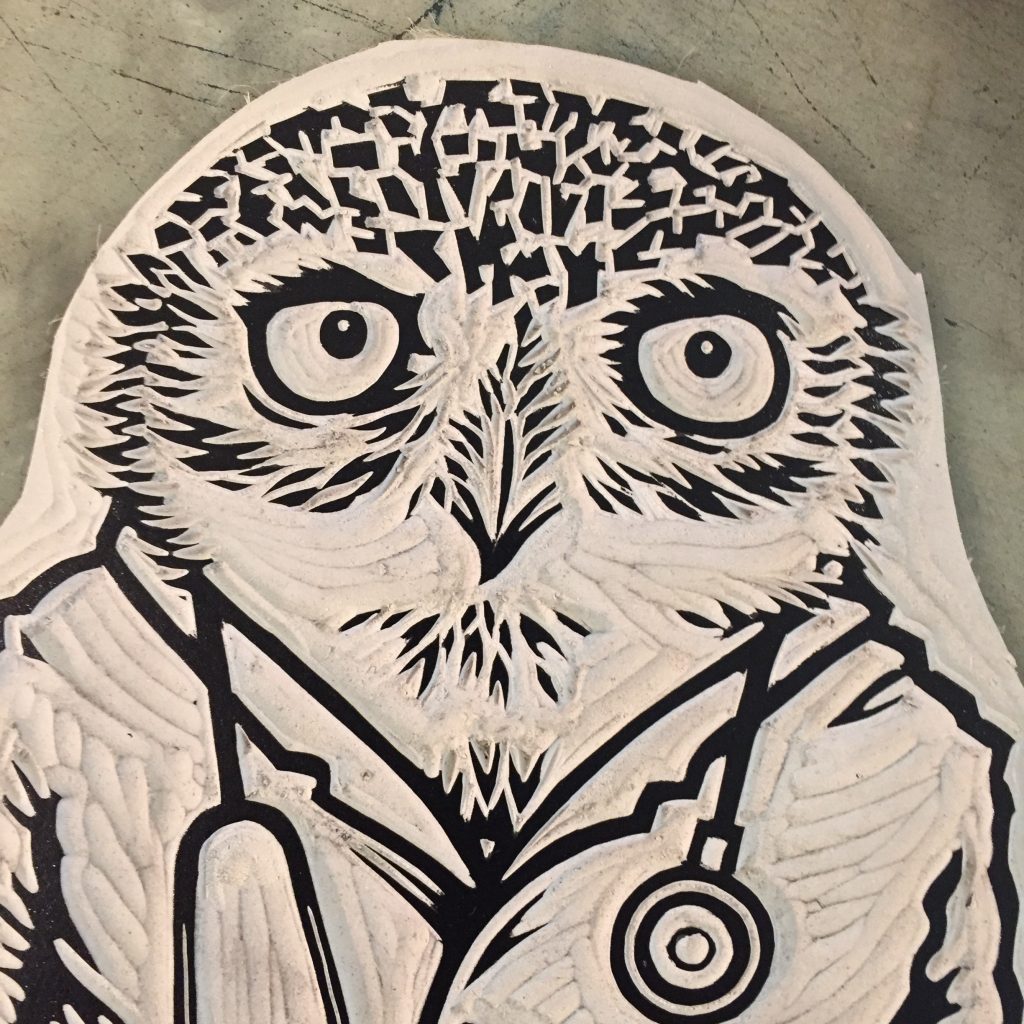 The carved lino block for the owl illustration 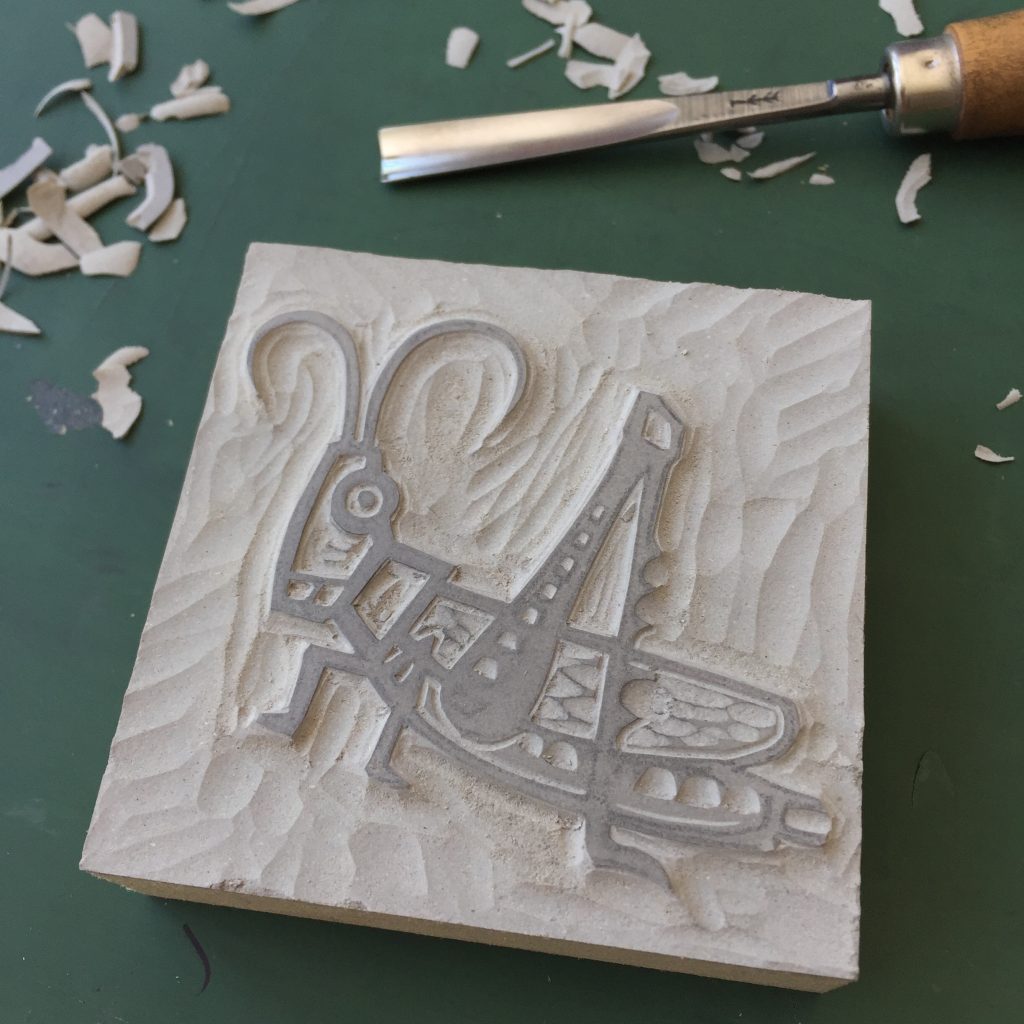 Carving the block for the talking cricket 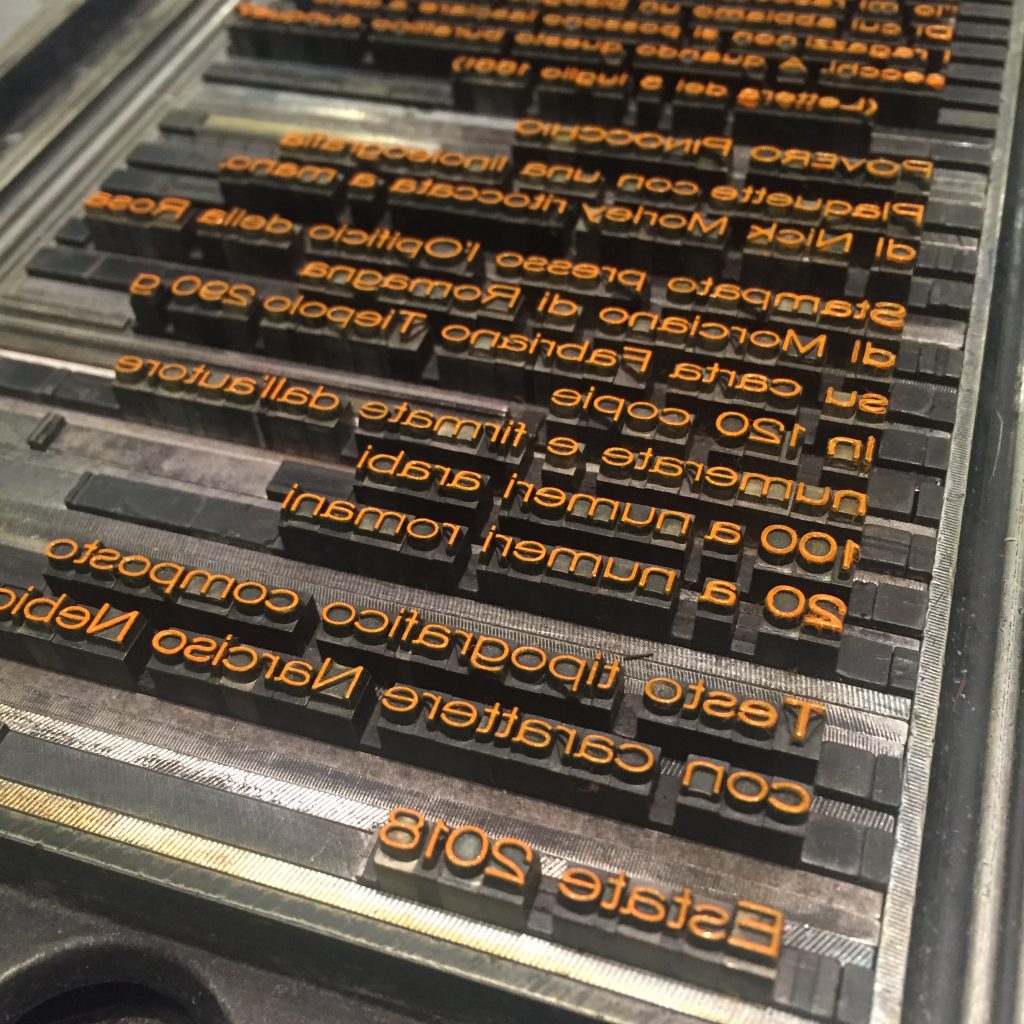 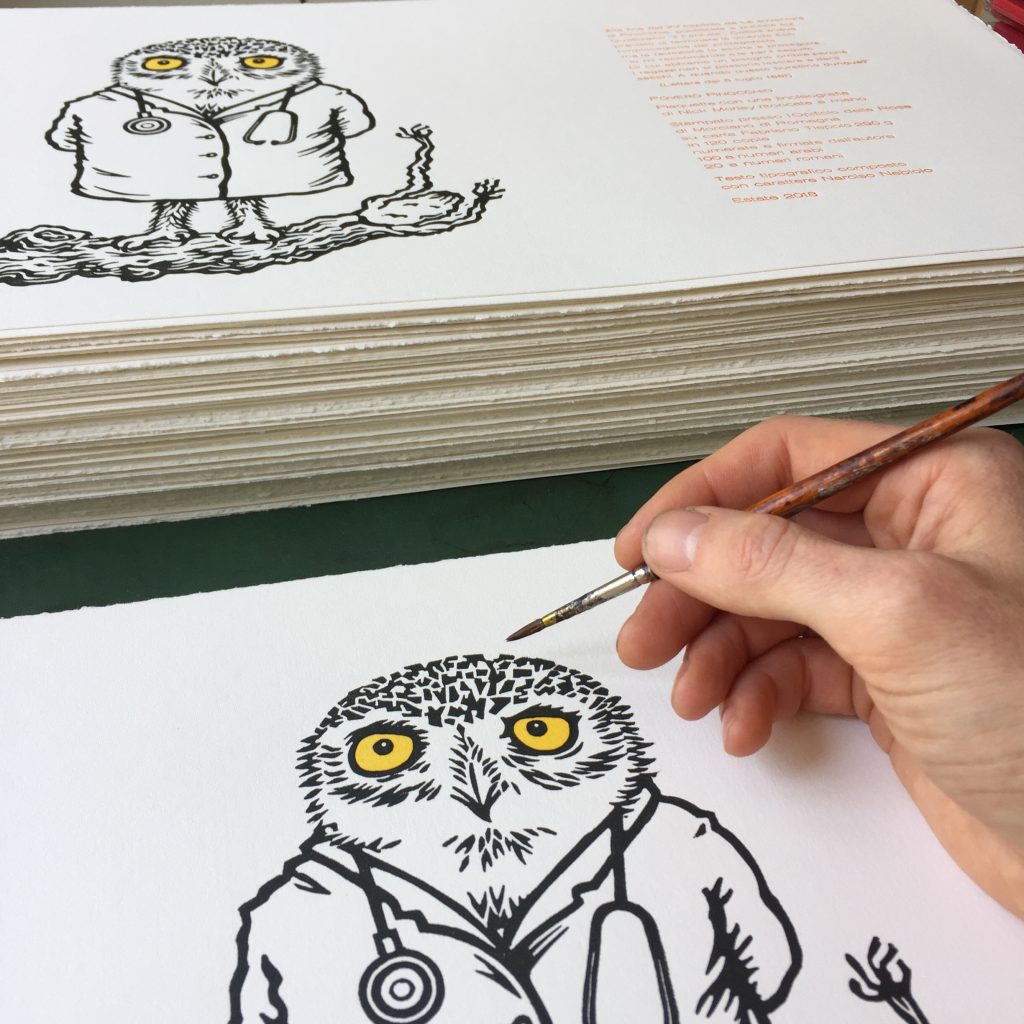 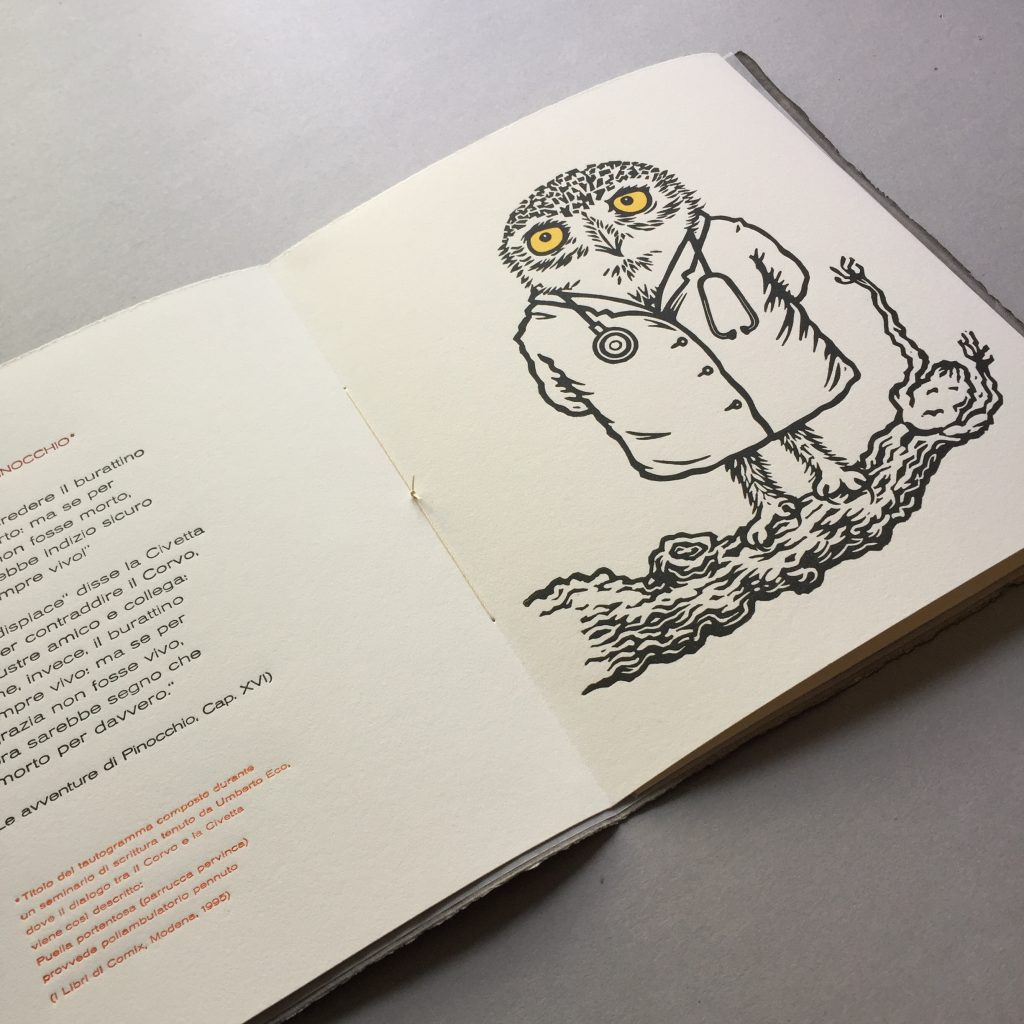 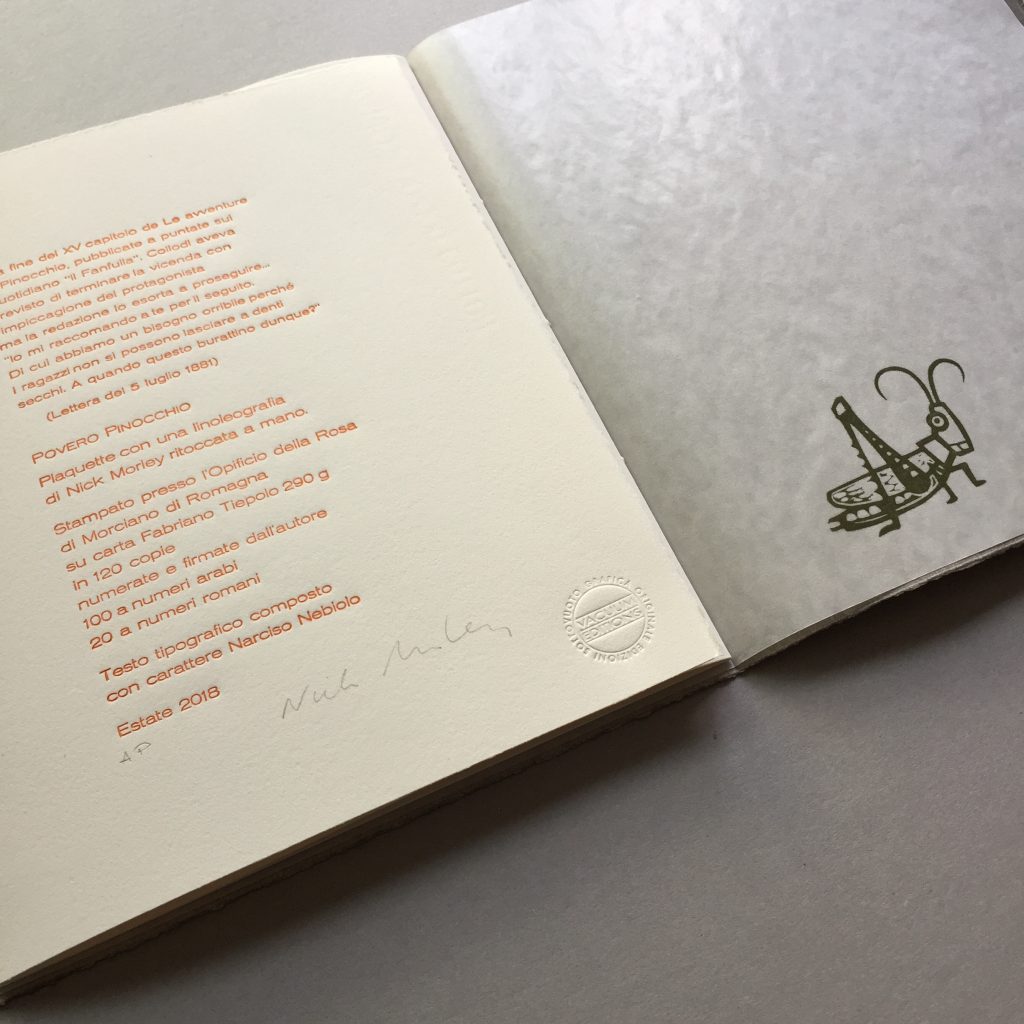 The talking cricket at the back of the book 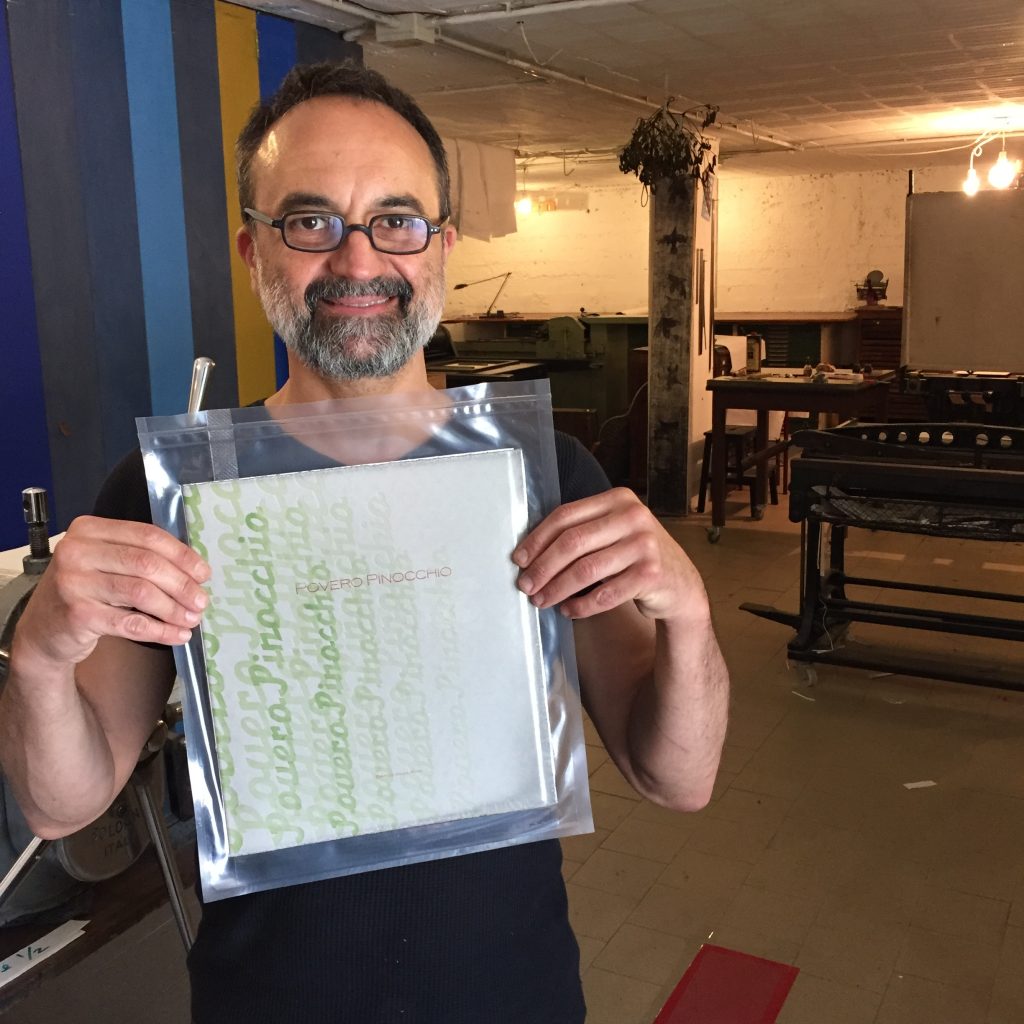 Umberto with the vacuum packed book 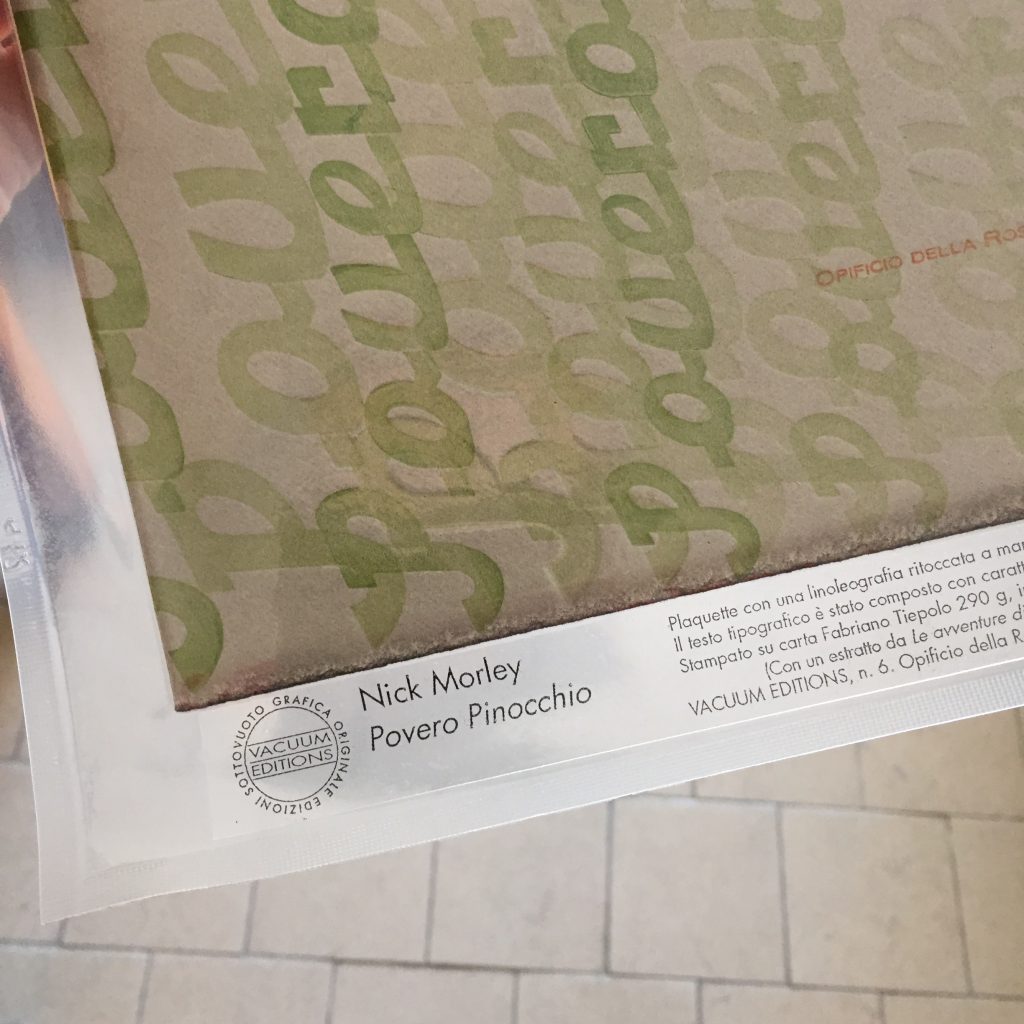 Close-up of the finished book after vacuum packing