I’ve just finished a book cover design of Alfred Hitchcock’s Vertigo for the BFI (British Film Institute). It is part of a series of books on 100 classic films which they are re-publishing this year with new covers by invited artists. 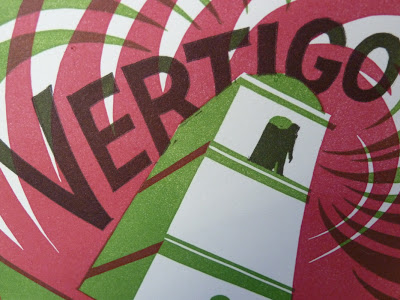 I had never seen Vertigo, and the only other Hitchcock films I’ve seen (to my shame) are Psycho and Rear Window. I won’t spoil the ending if you haven’t seen it but my illustration features a scene from towards the end.

I wanted to give the reader a feeling of vertigo when they look at the book. (Contrary to popular belief, vertigo is not a fear of heights but a sense of dizziness.) At the same time I wanted to avoid anything too close to Saul Bass’s famous poster design. Instead I took inspiration from the prints of Cyril Power and Sybil Andrews, the famous British linocut artists of the early 20th Century. Here are a couple of examples that show the sense of movement I was after: 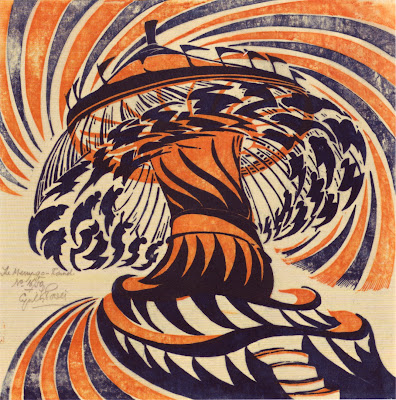 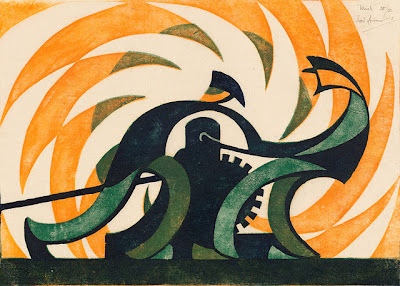 Here is an early rough of my design in pencil. As well as getting the image right I had to incorporate the title and author’s name, something I’ve not done before. I wanted the text and image to work closely together, almost as though the text were part of the image. 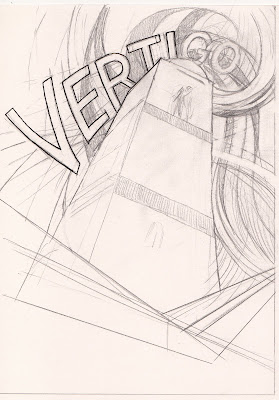 Once I got the rough worked out and approved I transferred the image to the lino blocks. The colours were also important to me – I chose red and green which have are strongly symbolic in the film. They are also complementary colours (and the colours of old-fashioned 3d specs!) so they really vibrate next to each other, adding to the feeling of dizziness.

Having transferred the design for each colour onto a separate block (in reverse, of course) I started to carve: 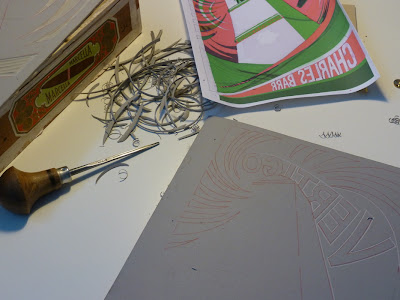 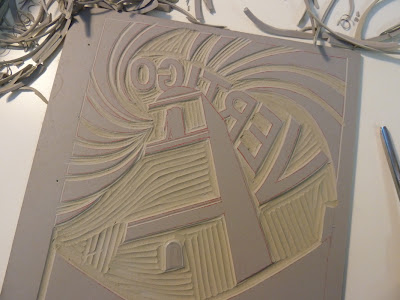 The author’s name was the trickiest part, as I had to get it really accurate (you really notice wonky text!) It is all made up hand-lettering, old skool style! 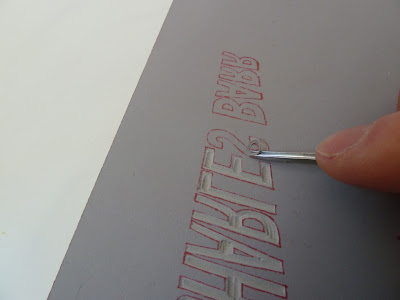 Once both blocks were carved I inked them up and printed them with varying densities of ink until I was satisfied. They were printed on off-white paper to give it a slightly softer vintage look. 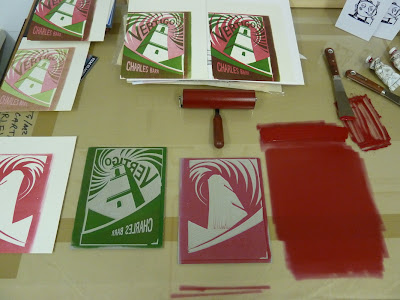 Having printed the red and green, I carved away most of the green block and inked it up again in a warm grey. This was printed over the top of the green to darken the text, the figure and the area at the bottom. 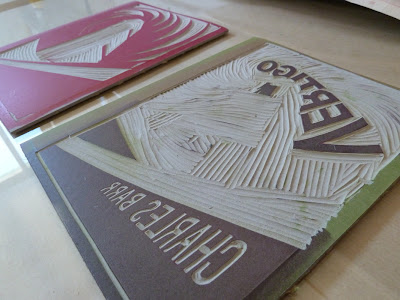 Here are a few of the prints that went wrong hanging on my studio wall. 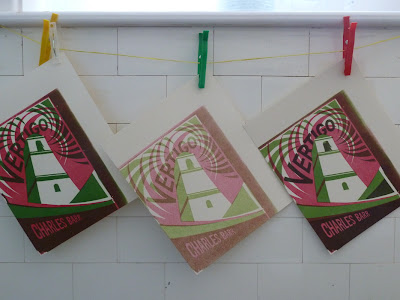 And this is the final image. Let me know what you think! Of course there are bits of it I don’t like, but I’m not telling what they are 😉 The book comes out some time this year and hopefully there will also be an exhibition of the original artworks at the BFI on London’s Southbank in August/September. 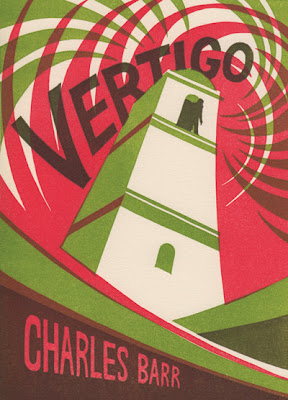