The three C S Forester books I did cover illustrations for a few months ago (for Penguin) are finally out today. The Pursued is a recently discovered thriller written in 1935 which is being published for the first time (in hardback). Two other C S Forester books are being re-released at the same time: Payment Deferred and Plain Murder, both in paperback. 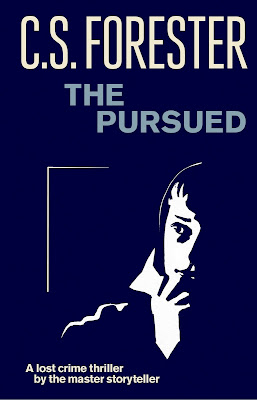 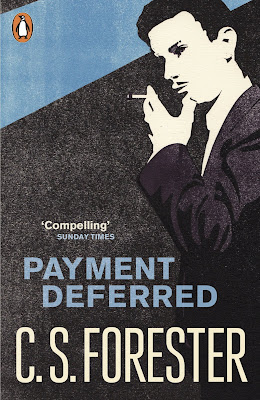 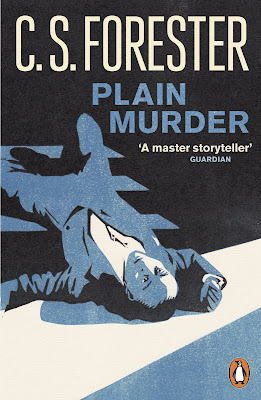 Below are some images to show how the book cover design for The Pursued developed, from initial brief to roughs to linocut illustration to final design with text.

This was the photograph I was supplied with to work from, reflecting the period of the book. I had to reduce this to a two-colour design so I could print it with two blocks of lino. 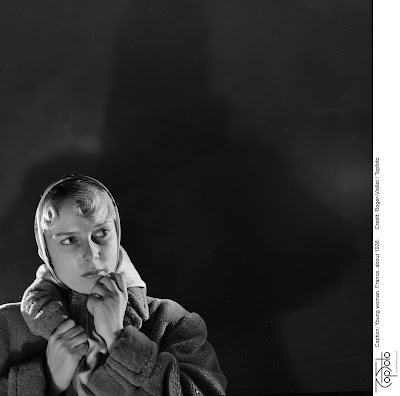 The first stage was to reduce the number of tones in the image so it was made up of black and white and a mid-tone (which would be in colour in the final print). I started by working on top of the photograph with a black brush pen and white-out, trying to emphasise the blockiness of the shapes and get an increased sense of drama. 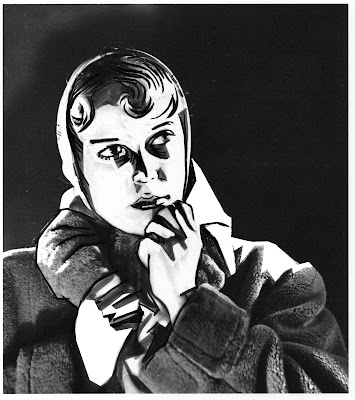 I then scanned the above image and worked on it in photoshop, creating a muted colour palette that I thought reflected the era. The door in the background was added to increase the sense of threat and add a second focal point. 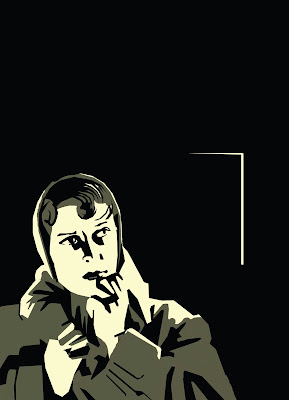 After submitting the rough at this stage the feedback was to simplify the shapes still further and increase the shadow on the face: 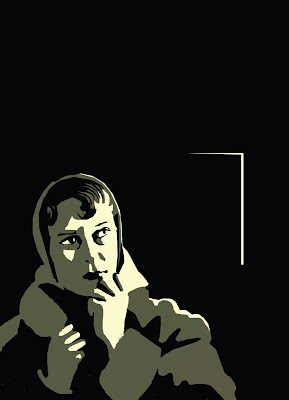 A few more tweaks and I transferred the images to the lino blocks and printed them. I wanted quite a bit of texture to give it a grainy quality: 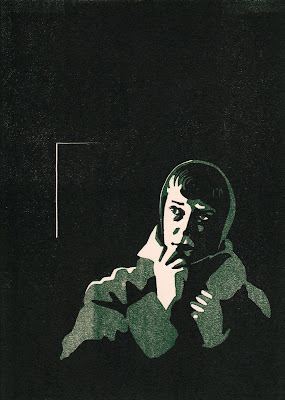 Compare with the final design:

As you can see, the designer simplified the image still further, essentially just keeping the highlights. I haven’t seen a copy of the book yet but I think it is block-printed onto a canvas material so it should look great. I’ll post an image when I’ve received my copy.

The other two books were printed with just minor changes to my design, I especially like the way the text uses the colour and texture of the print. 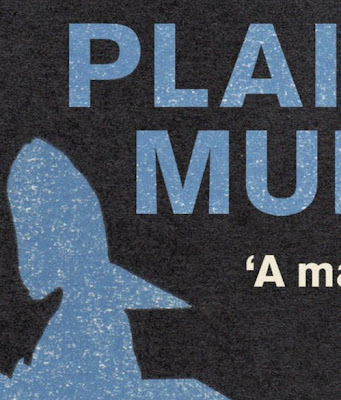